What the Fidget Spinner Craze Can Teach You About Viral Marketing

Fidget spinner: How it became the king of the internet

Stores can’t keep them in stock. Parents are scrambling to find them. And some schools have banned them. 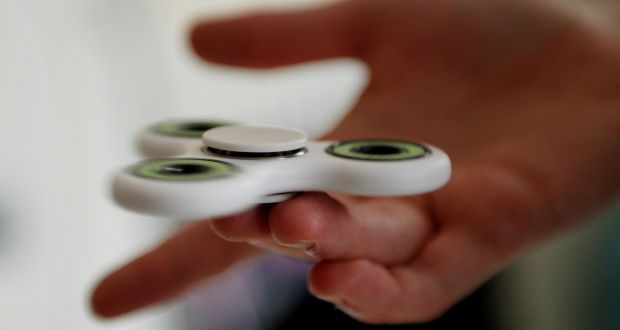 The mania for fidget spinners — the 3-inch twirling gadgets taking over classrooms and cubicles — is unlike many other toy crazes.
They’re not made by a major company, timed for the holiday season, or promoted in TV commercials. They’re more easily found at gas stations or 7-Eleven than at big toy chains.

In January 2017, barely anyone knew what a fidget spinner was. Most fidgeters would resort to either clicking re-tractable pens or flip them through their fingers, while others would twirl their hair and bite their nails to stay busy.
The nature of fidgeting is nothing new. In fact, most of us have heard our parents plead with us, “STOP FIDGETING”.

Let’s start from the beginning

What is it for?

It is designed to help people focus better by releasing psychological stress. The Fidget spinner is a toy that spins with little effort. You operate the gadget by holding onto the middle while it spins.
These small devices that can be rotated between users’ fingers provide a satisfying sensory experience to people and have created a whole lot of YouTube tutorials on how they work and how best to spin them.

HOW IT WENT VIRAL To digest the sudden virality of fidget spinners, let’s dissect it piece by piece. Starting things off with definition, fidget is defined as small movements made by hands or feet due to stress, nervousness, or impatience and is normally symptoms of those with ADHD (attention deficit hyperactive disorder).

Though not supported by any scientific research, fidget spinners are marketed as a solution for those with anxiety, stress, or ADHD promising greater concentration and creativity through stress release.

These claims were soon rebutted by experts such as Mark Rapport, a clinical psychologist at the University of Central Florid, by saying that “Using a spinner-like gadget is more likely to serve as a distraction than a benefit for individuals with ADHD”.

I don’t know whether these claims are true or not, but what I know is that fidget spinners’ popularity did spread like wildfire.

How viral loops create themselves

Here it is. That’s how viral loops work:

« Digital marketing future: How will it look like? » 5 Top Prototyping Tools Today